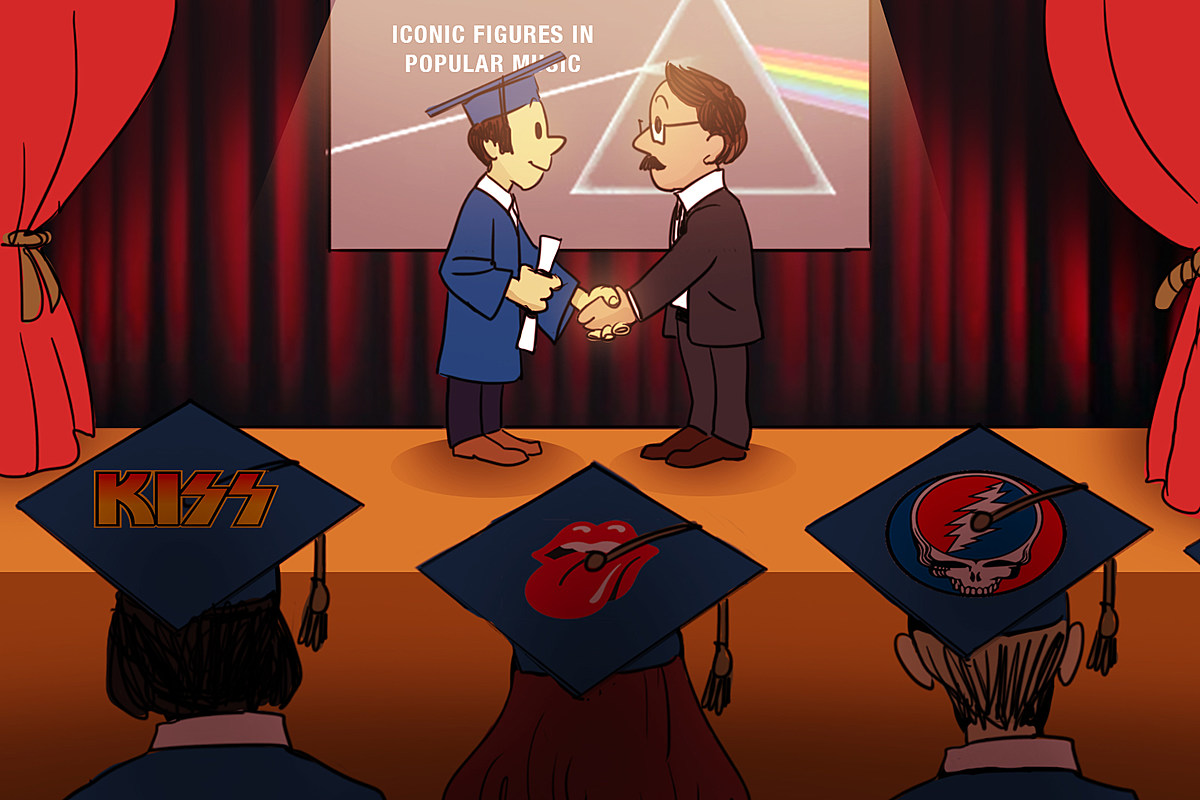 School is back in session. A new year of education begins as the younger ones pack their backpacks with freshly sharpened pencils and the older ones move into the dorms.

You might not associate rock ‘n’ roll with academia, especially because rock artists are often assumed to be college dropouts. Of course, this is not always the case. Some note that the classroom experience rarely compares to real life. “If you want to get fucked, go to college; if you want to get an education, go to the library,” Frank Zappa once said. Leonard Cohen described his time as a graduate student at Columbia University as “passion without flesh, love without climax”.

At the very least, all of this proves that you don’t have to have a degree or formal education to become a rock star. The Beatles never learned to read sheet music, Jimmy Page learned to play guitar mostly by listening to records, and Mick Jagger didn’t take a single singing lesson until he was over 50.

As the decades passed and the history of rock ‘n’ roll began to be examined more closely, several artists became the subjects of college lectures. As their catalogs and contributions to music and pop culture have grown in prominence, it’s worth studying how they got to where they ended up.

We take a look at 26 Rock ‘n’ Roll College Courses below. The lesson will now begin.