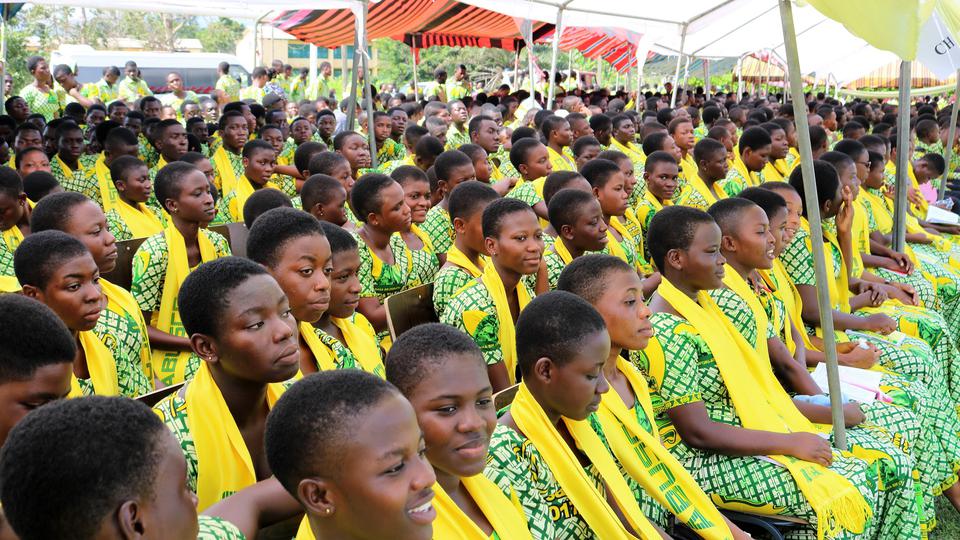 Ms. Juliana Ama Kplorfia, Executive Director of the Girls Excellence Movement, trained the students on the positive and negative influence of peer pressure and how to respond to it, explaining that sometimes people can feel pressured to adopt behaviors they would not like to adopt.

“Everyone of all ages, races and genders is susceptible to feeling some kind of peer pressure at some point in their lives,” she said. “It’s good not to fit in, it’s good not to belong to a group, it’s powerful to be different.”

She advised them to first be aware of their feelings about the situation and the environment, as well as where the peer pressure was occurring, to deal with it.

GEM is a movement that aims to develop girls into capable and confident women, ready to take on essential leadership roles in all decision-making spheres and disciplines around the world.

Mrs. Samira Mohammed, GEM Facilitator, educated the students on the trust process and said it was one of the responses to peer pressure.

Students were given basic household materials to build scientific prototypes such as a telecommunications tower and a water fountain, while others did a galactic magic milk experiment.

According to Mrs. Ann Selorm Fesu, Special Project Officer for BlueTown – Ghana under the Meaningful Women’s Access Project, the activities were carried out to dispel girls’ misconceptions about STEM.

She said the Women Meaningful Access Project was initiated by BlueTown – Ghana, a non-governmental organization (NGO) in collaboration with the United States Agency for International Development (USAID).

She said the project aimed to bridge the digital gender divide and therefore hoped that the seed of inspiration planted in female students would be nurtured to make them women of excellence.

Madame Ernestina Konadu, Senior House Mistress of Abuakwa State College, said that the program “Inspiring Girls to Aspire to Leadership in All Spheres of Life” has enlightened the majority of schoolgirls to know their vision and how to achieve it as well as how manage peer pressure.

Miss Mary Tornu, a third year student, described the program as engaging and therefore called for more support to help run such trainings on a regular basis.

Boxes of sanitary napkins and mathematical games were given to the students.