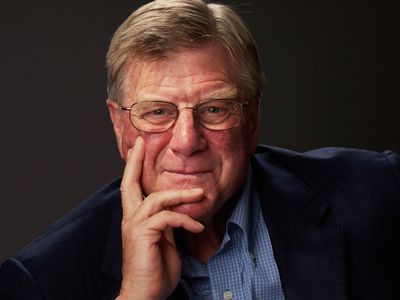 Allowing the governor to appoint college boards is a quick fix. But is it wise?

In the wake of the horrific sexual abuse scandal that has engulfed Michigan State University, it is indeed tempting to lay the blame on the MSU board of directors.

But should we radically reform their method of selection?

In most other states, appointments to university boards are made by governors, sometimes with the consent of the legislature. This is also the way it works for most Michigan universities.

No other state does this. Certainly, the boards of directors of each of Michigan’s 15 public universities are constitutionally independent.

But the boards of the 12 small schools, such as Michigan East, Central and West and Grand Valley State, are appointed by the governor with the advice and consent of the state Senate.

Thus, the boards of directors of the big three are particularly accountable to the voters. And when problems do arise, as has happened in East Lansing, calls for accountability are common and reasonable.

The problem, of course, is the nature of the process that results in the selection, and then the election, of the three councils. And that’s something I know, since I was on the board of UM for 11 years, winning the election once by over a million votes and once losing by just 103. 000.

Michigan voters play an active role in the governance of our state. We elect thousands of public servants, including governors, members of the legislature, county commissioners, city council members, school board members and many more.

Nominations for many of these positions – but not all – are made by major political parties, sometimes in primary elections and sometimes through state conventions.

One of the results of electing so many different bureaus – by what is often referred to as “the ballot” in response to its length – is that very few candidates come under scrutiny, d ‘especially since the “historical” media, especially newspapers, have been so weakened in recent years.

Of course, candidates from major parties for governor, the US Congress and Senate, and a few others receive extensive media coverage.

But most of the candidates go unnoticed. For them, winning or losing is primarily the consequence of which party wins a general election in a given year or something as trivial as their last name. For years, an Irish name in Oakland or Wayne counties or a Polish name in Macomb was often sufficient.

In any event, the result is that in the vast majority of cases the qualifications, experience and positions of candidates on topical issues are largely unknown to voters.

When I ran as UM regent in the 1990s, for example, I campaigned statewide, trying to meet as many of the 9 million citizens as possible. If I remember correctly, I was rarely asked a question about the university or the policies the regents should adopt.

Most voters seemed happy to meet me and talk about the soccer team, even why having a great university helped the state. But as far as my qualifications as a regent or my ability to serve the university effectively, it was largely radio silence.

This electoral reality has two consequences, both bad.

First, with so many candidates on the ballot and so many unknowns, the drop in the vote from the top of the list (for president or governor) is huge; often half of the voters do not bother with these races. And even then, many of those who vote rarely have a clear idea of â€‹â€‹who they are voting for.

Second, since the election result is so bad, it has become more and more difficult to recruit good people to run for university boards. Members work hard; when I was regent, I literally had to digest a foot of paper to prepare for each monthly meeting.

These jobs are unpaid, by the way; in fact, most of the board members I know (called trustees at MSU, regents at UM, and governors at Wayne State) never even ask their university to reimburse them for their expenses.

Sure, they get good football and basketball seats, but no better than those allocated to generous university donors.

Which brings me to the question of how board members are selected and whether changing this method will increase member accountability. I find it hard to see how being appointed by a governor makes a board member more or less responsible.

The political position of any given governor is unlikely to increase or decrease with the position of primarily unknown appointees. And I’ve heard alarming stories of Michigan governors calling members of the university’s board of directors and threatening them with political sanctions if they don’t agree to what this particular governor wanted.

Perhaps, the independence given to Michigan’s great universities by the state constitution’s requirement that their boards of directors be elected statewide is the best guarantee of their protection against the changing winds of the political mode or ideology.

Michigan’s Constitution gives governing boards exclusive responsibility for all decisions about their university – not the governor, not a state senator, not an influential alumnus.

Members of other university councils across the country that I have spoken with about this say – universally, in my experience that a big reason UM or MSU or WSU are such good universities is that they are free from political interference, especially from state legislatures.

The University of Texas is often cited, for example, for its rich endowment and passionate alumni. But the fact that it is located in Austin, the state capital, makes the university particularly vulnerable to political pressure and undermines its ability to educate children and conduct research.

It is not surprising that in the aftermath of the Larry Nassar disaster it is common to call for an alternative method of selecting university boards. Frankly, no one is going to reward this MSU board of directors for their due diligence. And, indeed, it might be useful to find ways to subject jury candidates to higher levels of scrutiny.

But there are risks in any sudden and hasty attempt to force radical change on a system that has survived and served quite well over the years. Sensible reform is one thing.

Throwing out the baby with the dirty bath water is another thing.

Consolidating New Mexico College Boards Is Not The Solution

Exclusive college colleges are just playgrounds for the rich