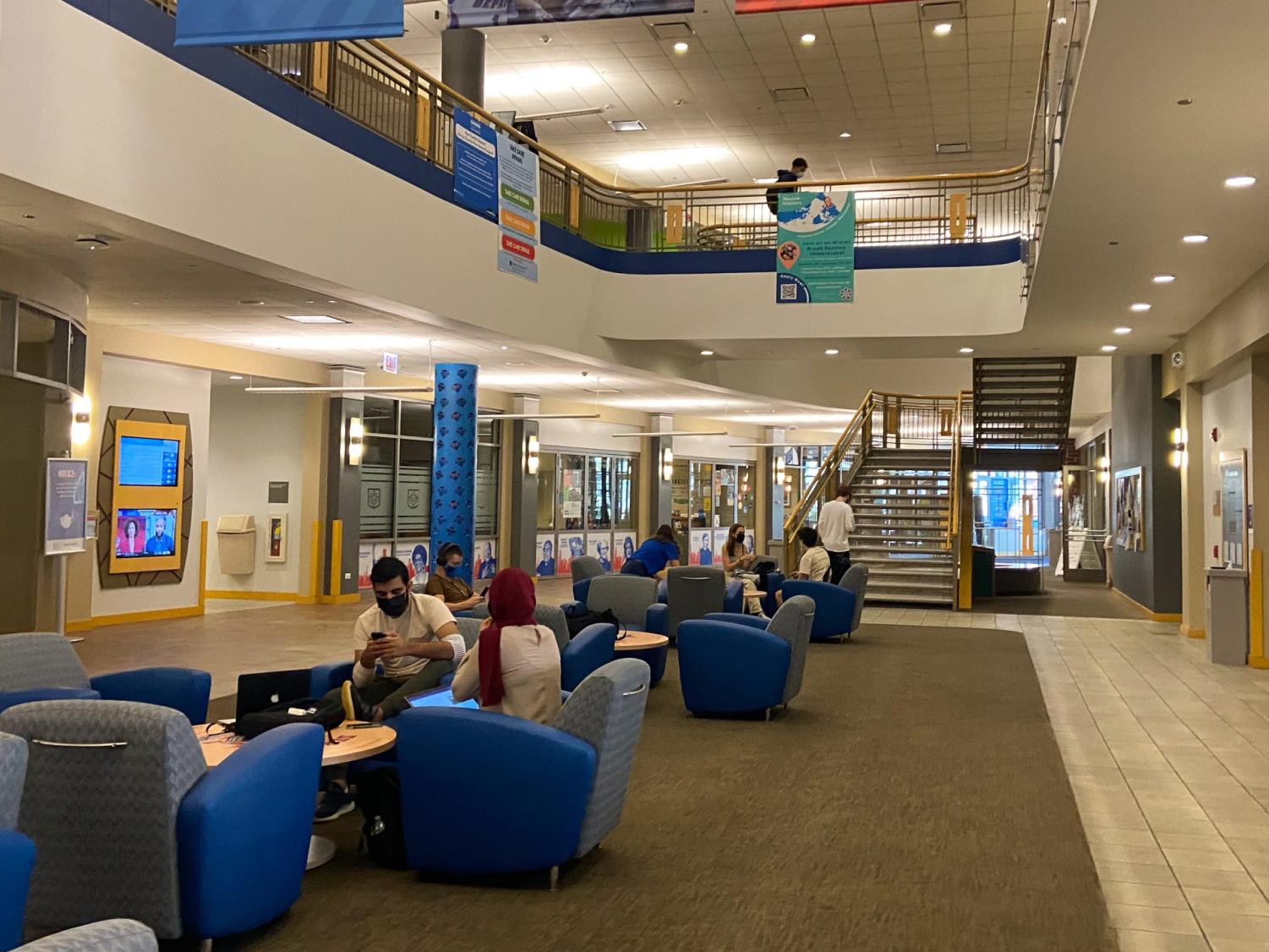 Students in the lounge area on the ground floor of the Student Center. DePaul returns to in-person classes on January 18.

Scrolling through Twitter last Sunday, many came across this Tweeter by Nidal Allis asking a difficult question: “Would you accept a real confinement for 2 weeks to end this pandemic?

The tweet went viral as people rushed to the comments to make their points. Many were completely on board with the idea. Others were skeptical of the real effectiveness of a lockdown and considered the challenges that would arise during implementation. Everyone seemed to have a unique perspective or opinion on the matter.

The discussion led me to a thought; What if we narrowed our demographic response to college students? DePaul is currently under a two-week restriction on online classes while the Omicron variant is rampant in the city of Chicago. Many other colleges across the country, such as state of michigan, Harvard, and georgetown, have started or will also start their online courses. Although classes are online only, this is by no means classified as a total lockdown.

I conducted polls on Twitter and Instagram asking a similar question: “Students: How would you feel about a two-week total lockdown in an attempt to end the COVID-19 pandemic?”

In my Tweeter, the options offered were:

The results were as follows:

The majority of students believe that a total lockdown simply wouldn’t work or be effective in ending the pandemic. If you scroll through the comments to Allis’ tweet, you’ll see that many replies share this same sentiment. @DaytimeDan responded, “There is no real confinement. Who is going to go out and cook the food and deliver it to you? Who is going to equip the pharmacies where you go for the drugs or the supermarket for the supplies? It’s just not a real thing and it wouldn’t end the pandemic.”

My poll on Instagram allowed for more descriptive responses from the audience. They could answer anonymously in their own words instead of chosen answers.

The responses were as follows:

Skepticism continues to be a trend in these responses. Probably due to the divided state of our current society, many simply don’t think we are capable of all being on the same page.

It could be argued that university students top the list in terms of those most negatively affected by the pandemic. In some responses, a tone of exhaustion and fatigue is felt. In others, there is a feeling of annoyance and exasperation.

For some of us, our academic progress has been hampered. Some can no longer find the money to pay for lessons because of the economic impact of the pandemic. In many cases our mental health has been compromised. All of this is communicated through these responses.

For the City of Chicago, Mayor Lori Lightfoot has already declared that she has no intention of re-imposing containment measures. So for us at DePaul, a two-week lockdown might not even be a possibility.