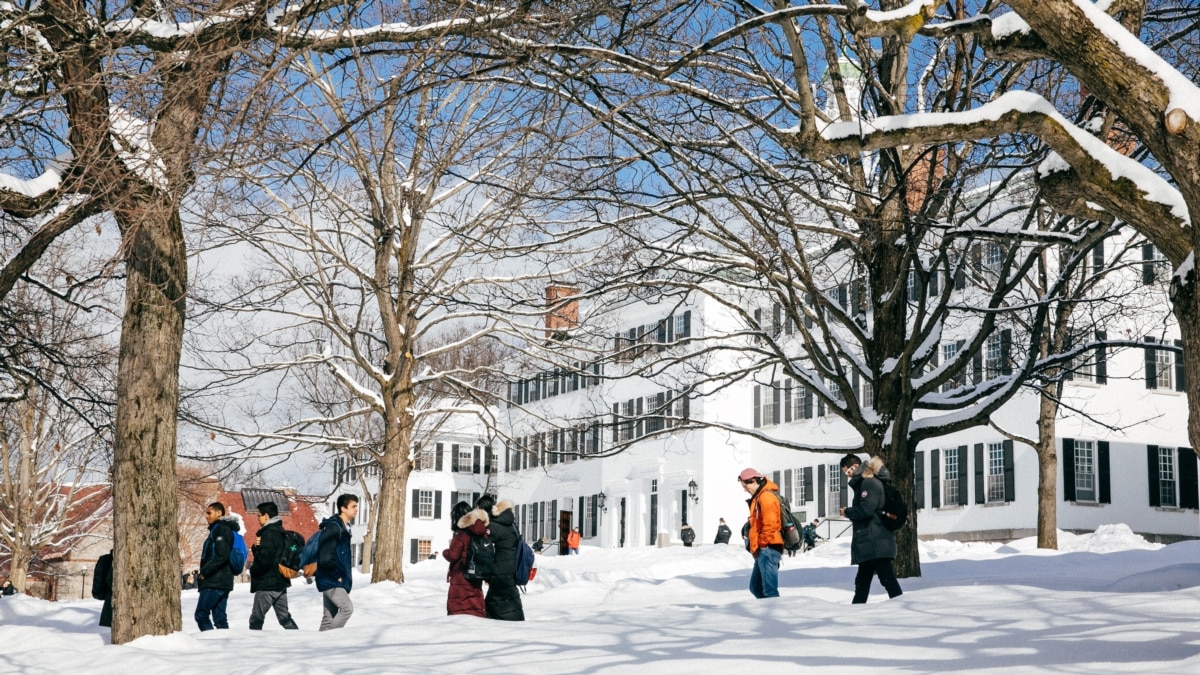 Experts worry about the effects of falling US student numbers

Since the start of the COVID-19 pandemic, the number of Americans going to college has dropped by one million. Researchers valued the total could reach 3 million over the past 10 years.

Education experts in the United States have recently discussed the reasons for this decline. They include lower birth rates, higher wages for most jobs during the pandemic, and the rising cost of a college education.

However, education experts and economists are beginning to think about the long-term effects if the decline continues. Some warn that the decline could affect the United States, as competing countries like China dramatically increase their college attendance.

Jason Lane is the director of the College of Education, Health and Society at the University of Miami in Ohio. He called it a “crisis” that is not widely recognised.

With fewer people going to college, “society going to be less healthy,” Lane said. “It will be less successful economically. it’s gonna be harder to find people to occupy the jobs of tomorrow…”

Adriana Lleras-Muney is an economist at the University of California, Los Angeles. She said the growing education gap could also deepen existing divisions over politics, socio-economics statusrace and national origin.

“We see a lot more people moving into the very unlucky group instead of the lucky group,” Lleras-Muney said. “It will be very bad for them personally. It will start to show in their health, their likelihood of staying in the marriage – you name it.

And another expert, Awilda Rodriguez of the University of Michigan, observed that recent gains “in reducing class and racial inequality are being erased.”

Among the most affected, researchers from the National Student Clearinghouse Research Center to say, are children of poor families. And the number of young men entering college has also fallen by 10% over the past two years.

The College Board says people who only finish high school will earn almost $25,000 less per year than people who finish college. Government agencies and the Pew Research Center note that those without a college degree are at risk of living in poverty or becoming unemployed. They are more likely to pay less tax, need government help, lead unhealthy lives and die younger.

Jennifer Ma is a senior research fellow at the College Board. She said as older Americans retire, good jobs that require college degrees will go unfilled. She called the drop in college attendance during the pandemic “really frightening number.”

And Lane of the University of Miami added: ‘What we’re seeing right now are hospitals understaffedsupply chain issues, schools closing because we don’t have enough staff to keep them open.

As fewer Americans go to college, countries like China, Canada, Korea, and Russia are investing more in higher education.

The Organization for Economic Co-operation and Development notes that the United States is now 12and among its 38 member countries among adults with a university degree. Just 20 years ago, the United States was third.

China is a country that is progressing. Since 2000, China has increased its number of university students from 7.4 million to almost 45 million in 2018. The information comes from World Education Services.

Another study by Georgetown University indicates that by 2025, China will annually produce almost twice as many students with advanced degrees in science, engineering, technology and mathematics as the United States.

Jamil Salmi is a higher education expert who previously worked at the World Bank. He said the lack of Americans with college degrees could prompt companies to relocate their businesses to countries with more educated citizens.

The “crisis” in college attendance, as Miami’s Lane put it, could spell good news for the United States.

Monty Sullivan is president of the Louisiana Community and Technical College System. He said companies are starting to think about a person’s skills rather than whether they have a “piece of paper”, i.e. a college degree.

The Federal Reserve Bank of Philadelphia recently found more job openings that pay above national median salary are open to people without a university degree.

At the same time, if student numbers remain low, higher education activity will suffer. For example, colleges will not need as many faculty and support workers. About four million people work in higher education in the United States, and a recent study by the National Center for Education Statistics showed that colleges and universities spend more than $630 billion a year.

Rodriguez of the University of Michigan said that with fewer students, colleges may need to make it easier to enter and leave college, especially those from poor families.

“It’s not just about productivity or workforce development, although all of those things are true,” she said. “It’s about doing Opportunities available to students. »

I am Jill Robbins. And I’m Dan Friedell.

Dan Friedell adapted this report for Learning English based on a story by The Hechinger report, a non-profit educational organization.

Quiz – Experts worry about effects of falling US student numbers

Start the Quiz to find out

words in this story

society – nm people who live together in a group

understaffed – adj. the state of not having enough workers

median – adj. the middle number in a group

opportunity – nm a chance to do something

Are there more people attending the university where you live than in the past, or fewer? Let us know in the “Comments” section and visit our Facebook page.

Most Iowa students feel free to share their opinions in class