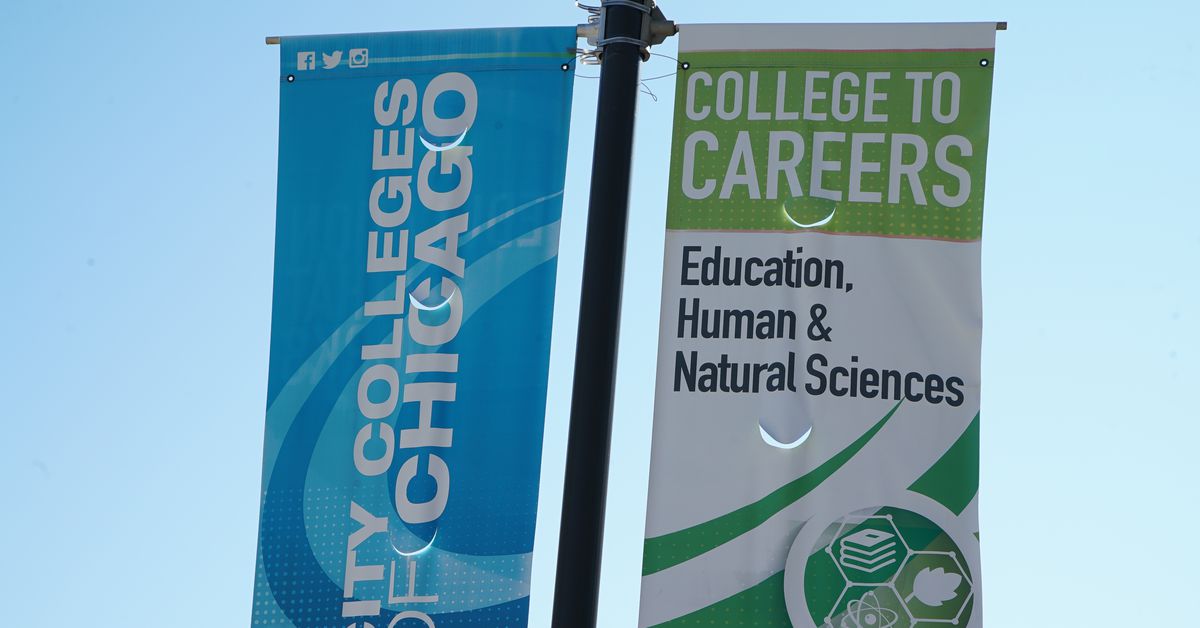 How can we help more community college students graduate

Like many of her peers who planned to attend community college, Monique L. Harvey faced challenges that often derailed a student’s dreams. His were particularly sharp. She struggled with homelessness, financial insecurity and more.

“Where am I going to live, how will I keep my grades, how will I pay?” She remembers asking herself.

In her quest for a college degree, Monique saw the promise of an exciting career and economic and social mobility. She has also seen how intimidating it can be. Almost half of all post-secondary students in the United States start at two-year colleges, where graduates earn more than 40% more than a high school graduate. Yet nationally, two-thirds of full-time first-time degree-seeking students who enroll in community college do not graduate within three years.

In Chicago, the three-year community college graduation rate is just under 23%. The reasons are many: from juggling debts, family responsibilities and jobs to lack of role models and pressing social and emotional needs.

Now 23, Monique graduated in 2019 from Kennedy-King College, one of Chicago’s City Colleges, with an associate’s degree, followed by a bachelor’s degree from Columbia College. She now works as a family coach at Metropolitan Family Services with the aim of combining her interests in music, films and community advocacy.

Her journey shines a light on what is possible for all students when a wide range of resources are available. Monique attributes not only her drive and determination to her success, but also support including mentoring and professional coaching, connections to social and housing services, emergency financial assistance and clothing for interviews.

She remembers standing in front of Kennedy-King students during Saturday sessions with her coach, sharing the good news she gathered: â€œI found an apartment and a job, I’m vice president of the student government and I have a radio show. . “

Monique is one of thousands of students – at the seven City Colleges and three suburban community colleges – who have enjoyed the full support of Chicago-based One Million Degrees. His achievements are not one-off anecdotes.

They are part of a growing body of evidence across the country that shows the significant impact that support programs have on community college student enrollment, persistence and, most importantly, graduation rates. diploma. â€œOMD was the backbone that I didn’t know I was missing,â€ says Monique.

New research from the University of Chicago Inclusive Economy Lab finds that students at City Colleges of Chicago and Harper College in Palatine who enrolled in the OMD program were 18% more likely to graduate within three years. At a time when university enrollments are declining at four-year and two-year colleges, the news is more encouraging: years.

When prospective students are hesitant about what to expect, knowing that there are others out there supporting them can make a huge difference.

The latest findings are based on research from two years ago that found a significant impact on the enrollment and persistence of students in the OMD program.

The role of community colleges has been at the center of the national debate on higher education; President Biden called for free tuition in his Build Back Better plan, though the proposal was later scrapped. But these findings and research from other programs are important when it comes to increasing the odds of graduating and providing a brighter economic future for underrepresented women, black students, and LatinX. In a rapidly changing economy, research is also important for employers, who are increasingly turning to community colleges for training and retraining. In Chicago, â€œearn and learnâ€ partnerships between community colleges and businesses are growing, offering apprenticeships and career certificates.

The pandemic has tested community college students like never before and made the importance of supportive programs even clearer. OMD is expanding its services this fall to Colorado through a new partnership with the Colorado Department of Higher Education to help low-income adults obtain college degrees or diplomas in Adams County, outside of Denver.

Monique’s story and this latest research is a call to action, to accelerate the growth of programs like MDGs in Chicago and across the country. Community college students, whatever challenges they may face, are capable of extraordinary things when surrounded by supportive relationships.

If we believe in creating a fairer and more equitable society and workforce, we must support them and support them.

Aneesh Sohoni is Managing Director of One Million Degrees.

Lack of diversity on college boards revealed in new report, along with steps to improve diversity in governance

Best University Cybersecurity Courses in India for Students to Know