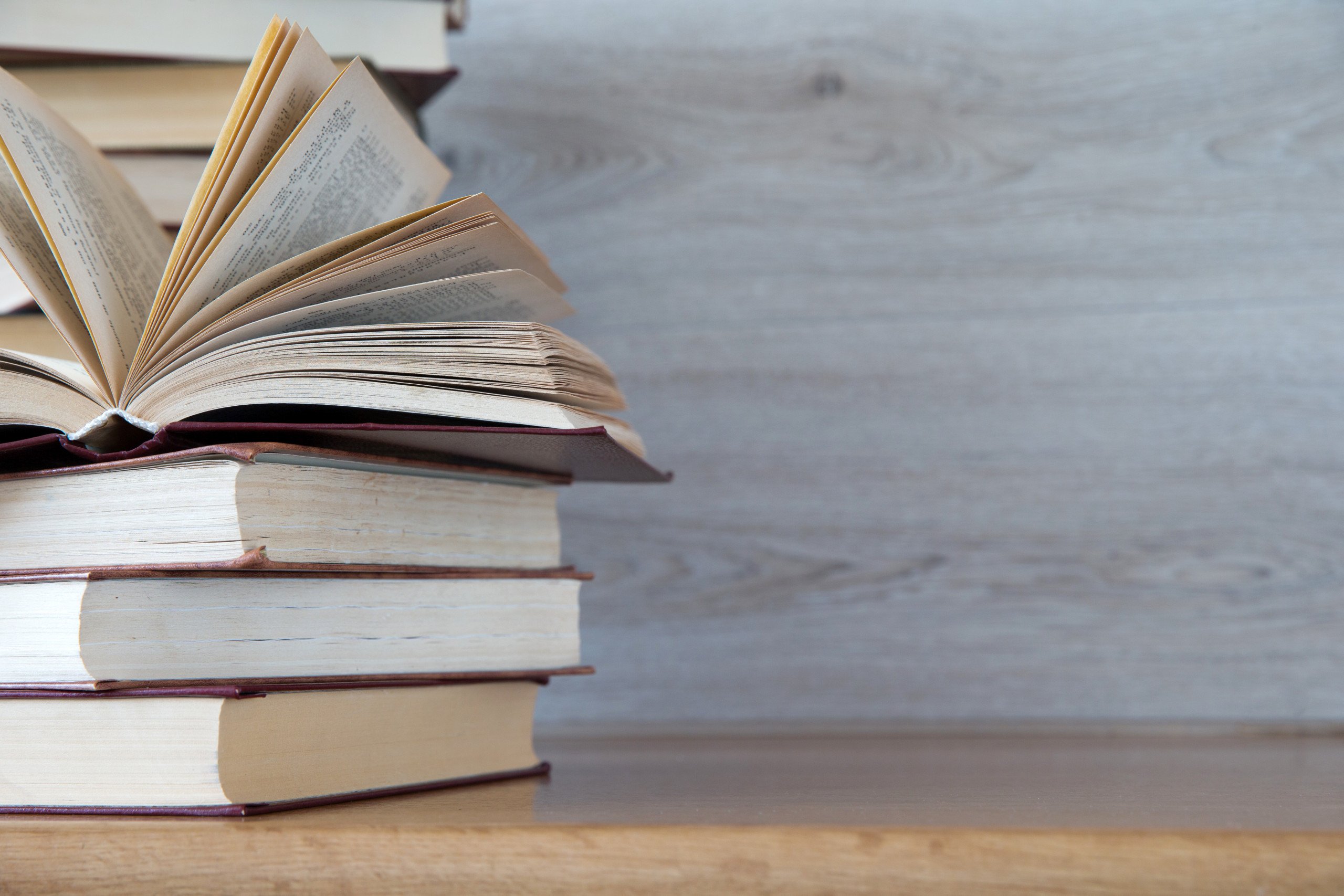 How rival gangs bond during college classes in prison

On June 18, 1996, my troubled past and a series of inexcusable choices culminated in a police chase that ended in a tragic car accident resulting in the death of an innocent motorist. While this in no way lessens my responsibility or guilt, a little background will give you some context.

When I was thirteen, I fell into a deep depression. I started acting negative and withdrew from my friends and family. Shortly after the onset of depression, I began self-medicating in a futile attempt to escape my emotional turmoil. The more I consumed, the more I cut classes and completely neglected my schoolwork. I didn’t care about school, and I didn’t plan or care about what the future held for me. Despite my inability to attend school regularly or complete my homework, I graduated, perhaps to get me out of the school system. The next few years were filled with substance use and abuse until I finally succumbed to an all-consuming addiction.

In my late teens I found myself compromising the morals and values ​​my parents had tried to instill in me all my life, I started stealing cars to support my addictions. Although I never intended to hurt anyone, my actions were wrong and ultimately destroyed the lives of two families while simultaneously devastating my suburban New Jersey neighborhood.

Because the car accident I caused occurred during a police felony pursuit, I was convicted of the strict liability crime of “criminal murder”. I was sentenced to a prison term of fifty years, thirty years without the possibility of parole. I was barely out of my teens when I was escorted through the gates of one of America’s oldest and most notorious penitentiaries, Trenton State Prison (now the New Jersey State Prison). My arrest and subsequent conviction forced me to face my past and accept the consequences of my actions. I walked into prison with my head held high, scared but determined never to be a victim.

Perhaps because of my youth, a number of older men saw me as the sons they left behind in the world outside prison. They took it upon themselves to advise me on prison protocol while simultaneously instilling in me the responsibility to do the same for others when the time came. I realize now that they also protected me by protecting me from the countless horrors of prison life by letting it be known that there was a ‘child hands-off policy’. Without struggling with the constant fear of victimization, I was free to delve into the vast contents of the prison library.

As I learned to navigate the law library, I learned about all facets of the law as it applied to my own case. Although I disagreed with the excessive nature of my sentence, I came to realize that the law was not limited to the individual and that my conduct justified my removal from the society from which I had taken freedoms for granted. I enjoyed studying legal philosophy and over the years developed a reputation around the prison system as being well versed in criminal, civil and administrative law. I started helping other men prepare additional appeal briefs challenging their convictions and/or sentences. When I met people, it was immediately apparent that my limited education, merely a high school diploma (which I didn’t quite get), far exceeded that of most of my peers; many of whom were functionally illiterate.

When I first entered prison, I was overwhelmed with despair. I was unable to imagine a life that could exist thirty years from now. Like many of my peers, I have had my share of incidents over the past 26 years. I have been involved in many physical altercations, not to mention issues with officers and staff. I rebelled against a penal system that I considered too oppressive. Like most inmates, I associated with what is known in New Jersey as a “security threat group.” What the prison authorities do not understand is that within the prison environment, a bond of “fraternity” is forged between men who share a common experience and who have been separated from their families for years, sometimes decades. . I love my brothers, and as a family, we are all ready to sacrifice ourselves to defend our brothers.

In 2013, Rutgers, State University of New Jersey, in conjunction with the New Jersey Department of Corrections, launched the New Jersey Scholarship and Transformative Education in Prisons (NJ-STEP) University Initiative. The program consists of a consortium of New Jersey institutions of higher learning that provide qualified members of the prison population from across the state the opportunity to attend classes (sometimes with outside students) and pursue further education. collegiate. Many inmates jumped at the chance to get a college degree.

Years of experience in prison assured me that violence would ensue and the program would be disbanded. Although my loyalty to my own brothers never wavered, my responsibility to help others was never forgotten either.

I have volunteered as a teacher’s aide and as a tutor alongside my peers. I could never have done it alone, and I made sure no one else had to either. I was surprised that I wasn’t one of the only people who wanted to help others. I have witnessed the change that education in prison promotes. Members of each group worked together, not only helping each other, but pushing each other to do better. There was an unspoken, but unified goal to make the program a success and never leave anyone behind. If anyone had difficulty, the whole class would organize tutoring sessions.

Skinheads would tutor God-Bodies, Bloods to Crips, and Muslims to Wiccans and vice versa. Although this cooperation did not seem possible, it was the members of the various groups who were not on the program who propelled the cooperation. Being true brothers, they encouraged their own to improve and see others as classmates rather than enemies. Like us, they are all fully aware that re-entering society with a criminal record will be extremely difficult, but we hope that obtaining a university education will help us overcome some of the burdens that a conviction creates.

Here’s an example: One of the highlights of the program was when we took a course called Psychology of Race and Ethnicity, offered by Drew University and taught by Dr. Pressley, a renowned psychology professor. of this university. For a final assignment, we were tasked with performing an ethnography on anyone we chose. Although a model was provided to us as an indication, we had great discretion in the way we approached the mission. At the time, I was a minimum gang status inmate housed in the trailers at Northern State Prison. One of the other students in this class was also housed in the trailers, so we discussed preforming the ethnographies on top of each other; we both understood the duty and didn’t have to worry about “offending” anyone with our questions.

At the time, I was a 40-year-old Wiccan who was part of the Prison Brotherhood of Bikers (a now disbanded group) and the other guy was Heshimu Heru (“Heru”), a 48-year-old black man (biracial afro American and Hindu American) Muslim who, in his youth, was associated with many former members of the 5% Nation (somewhat militant) of the prison system. We had almost nothing in common except that we had both served over two decades in prison, he had served twenty-five years at the time and we had both served time at New Jersey State Prison (Trenton), East Jersey. State Prison (Rahway) and Northern State Prison (Newark).

We wondered about growing up and when our lives took the turn they did. We realized that we had a lot more in common than we had anticipated and that aside from race and religious beliefs, we had a lot of the same viewpoints, and we even enjoyed debating opinions we didn’t share. we didn’t agree.

One of the most poignant statements he made was that “early in my life I retained a certain anger towards other ethnic groups for the way I was treated and seen by them. I learned to understand people on an individual level and by looking at people as individuals changed my view of other ethnic groups as a whole. (I just re-read my ethnography on him to get the correct citation). I think that’s when I stopped seeing him (and others) as Black (or whatever their race) and started seeing everyone as an individual, judging (or understanding) people about the experiences I had with them. The exchange I shared with him changed my perspective and the trajectory of my education and my life. To this day, Heru remains one of my closest friends that I have made throughout my life, not to mention more than twenty-six years of incarceration.

I realized the magnitude of change that education is capable of on the day of the first graduation ceremony. As we walked through the prison grounds from the library to the gymnasium wearing graduation gowns, ALL of the inmates in EVERY yard stopped what they were doing and gathered on the fence, and in unison began to clap and clap. The roar of the crowd was deafening, and something I had never witnessed in any prison. Ms. Atkins, the program director, shed tears at the sight, and every man who walked gushed with pride. The change was cemented in all of us.