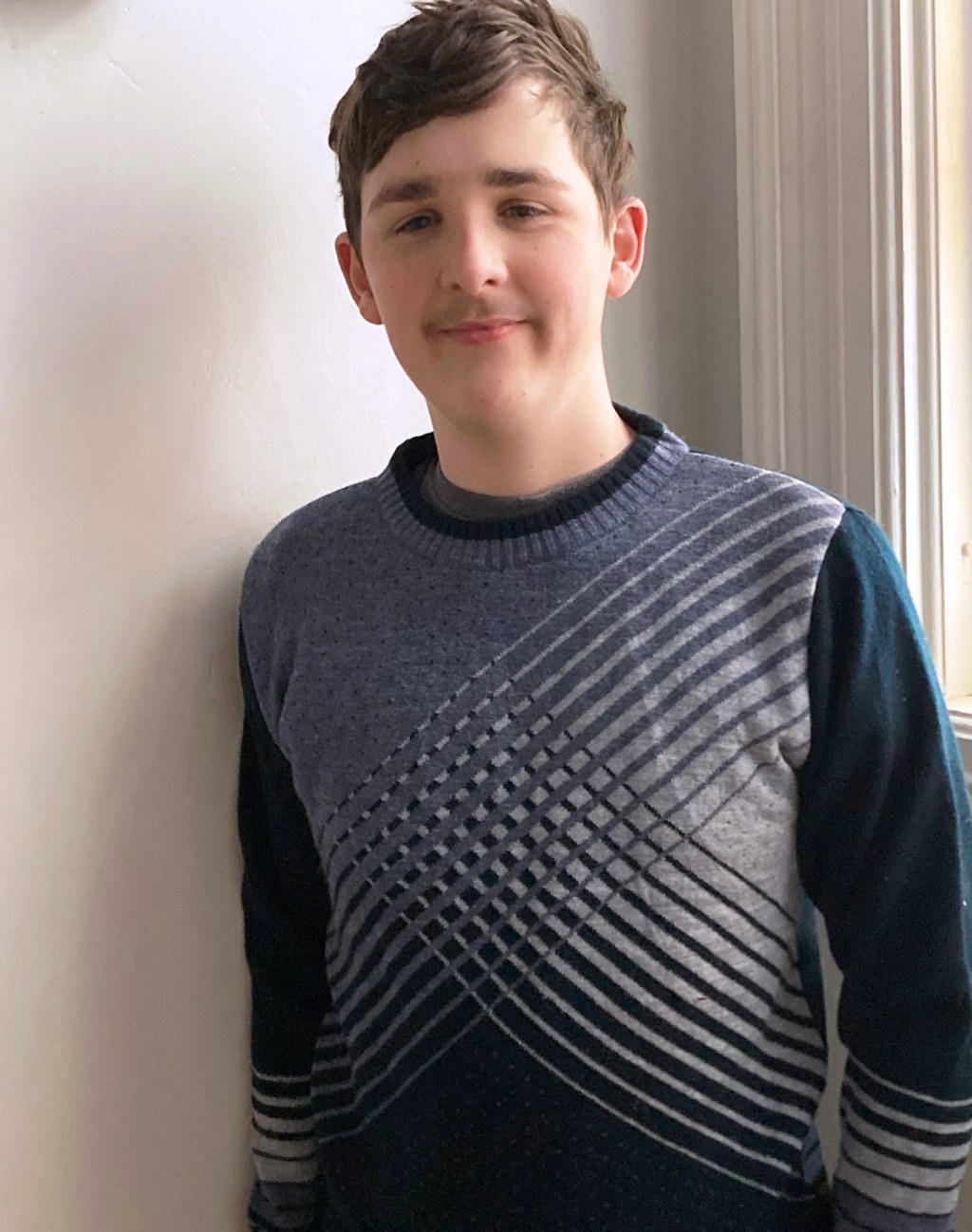 LEOMINSTER — Carter Lawrence is making a name for himself academically, and at just 15 years old, he’s the youngest student to be accepted into the University of Massachusetts’ Lowell dual-enrollment program.

“We didn’t expect me to leave until the fall, so I was really excited,” Lawrence said of his reaction to the good news. “It makes me happy and nervous at the same time. It also means a lot to see how proud my family is.

Massachusetts’ Dual Enrollment Program was created by the Education Reform Act of 1993, providing qualified high school juniors and seniors—and in Carter’s case, sophomores—the opportunity to pursue courses at public colleges and universities and thus earn credits in both high school and college. Participants in this program must have a high school GPA of 3.0 or better and be recommended by their high school principal or guidance counselor.

“UMass Lowell is proud to be able to offer academic opportunities such as the Dual Enrollment Program to talented young students like Carter Lawrence,” said university spokeswoman Christine Gillette. “This program offers the opportunity to take real college courses before graduating from high school, providing students with the opportunity to expand their knowledge and gain valuable experience.”

Lawrence, a sophomore at Leominster High School, was born in Hawaii when his mother was in the Navy. They lived in Virginia, Georgia and Montana before settling in Leominster 4½ years ago.

The first college course he’s taking alongside his high school classes is “Introduction to Psychology,” which began Jan. 25. Lawrence is confident that he will have no problem balancing his high school and college class work.

Lawrence, filling out the application for the dual enrollment program, wrote, “My high school work doesn’t take me very long, I’ll do that first,” he said. “UMass work is outlined in a syllabus and has clear due dates and expectations for reading. It makes it easier to manage my time. Since I’m not allowed to go anywhere, all I have is time.

Lawrence said that while remote learning was going well, he missed his friends. There is, however, a large silver lining to be kept away.

“One good thing about distance learning is that it allowed me to accept the opportunity at UMass Lowell,” he said.

He added that his high school teachers are “understanding” and supportive of his business and allowing him to have a five-minute overlap with his UMass class.

When asked what inspired him to apply for the UMass program, Lawrence said that when his mother returns to school, he will go to the library at Fitchburg State University to study with her.

“I’m comfortable in this environment,” he said. “It also seemed like a good way to get ahead in school.”

Lawrence is the son of Dr. Tuhin and Angela Bhowmik, who married when he was 6 years old.

“He respects him in every way,” Angela Bhowmik said of her son’s stepfather.

She said Lawrence “is the kind of kid any parent dreams of.”

“He’s honest, hard-working, compassionate and God-fearing,” she said. “He’s been a serious student since he was a young child, an old soul who set early on the kind of goals he had for his life. We’re very proud of him for setting those goals and achieved, one step at a time.

LHS manager Steven Dubzinski said he and the LHS staff were equally proud of Lawrence and his accomplishments.

“Carter is a great example of the type of student we want at Leominster High School – curious, inquisitive and driven,” Dubzinski said. “He excels in his classes at LHS and has stepped out of our program and his comfort level to challenge himself. He comes from a great family who supported this and we are delighted with this pioneer.

Angela Bhowmik said the idea of ​​Carter applying for the dual enrollment program has been on the table for some time.

“It’s something we talked about with his school since first grade, so they knew he wanted to do it,” she said. “None of us knew it would happen so soon.”

Angela Bhowmik said once Lawrence applied her LHS guidance counselor, Laurie Leverone “acted with lightning speed” to get a letter of recommendation and her calculated GPA. She received an email Jan. 20 from UMass asking Carter to join the spring semester, five days before the start.

“I sent all the information to LHS that evening, and Ms. Leverone had Carter everything he needed, returned to UMass Lowell, at noon the next day,” Angela Bhowmik said. “He started on time on January 25.”

When Angela Bhowmik shared the news on a Leominster-linked social media site, bragging about how proud they are of their son, the response was nothing short of positive with over 800 reactions and 180 comments of encouragement and congratulations. .

“I just want to share this with the community because I want them to know that without Principal Dubzinski, Laurie Leverone and her flexible and supportive teachers, this wouldn’t have happened for our son,” Angela Bhowmik wrote in the post. “Thank you for continuing to encourage our children in their dreams, despite a pandemic. Sincerely, a very proud mother.

In his spare time, Lawrence likes to do typical age-old activities, like playing online video games with his friends. It also hones emerging family humanitarian skills.

“I help my mom cook and deliver food to our friends and neighbors who are stuck indoors with COVID,” he said.

As for his future plans, Lawrence said he has some ideas about where his career will go – but not set in stone yet.

“I’m still trying to decide which of my parents I would like to follow,” he said. “They both have really interesting jobs. My mother works in neuropsychological research and my stepfather is a scientist who works on gene therapy treatments for neurodegenerative diseases.

At this point, he plans to get a doctorate in pharmaceutical sciences like his father-in-law, but he doesn’t know if the school offers this undergraduate program.

“We’ll see,” he said. “Dad graduated from Mercer in Georgia, so I could go, but if I stay at UMass Lowell, I can live at home and eat Mom’s food, so there you go.”