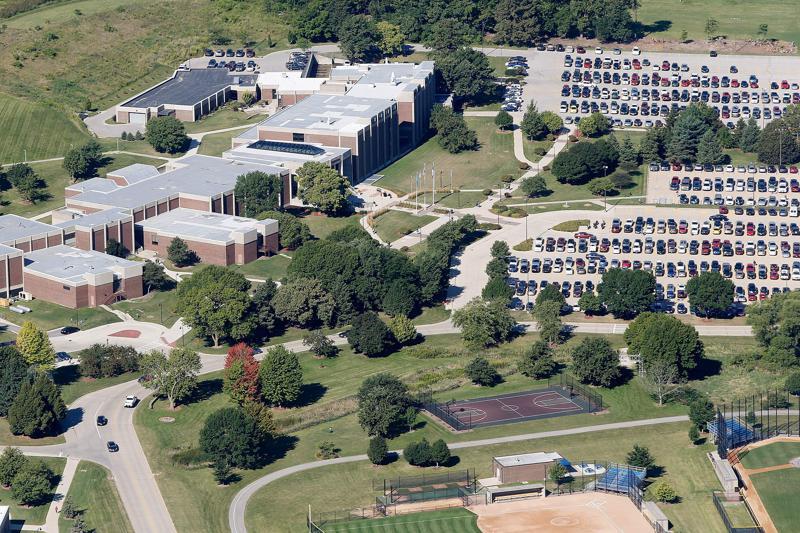 IOWA CITY — A growing number of teens in eastern Iowa are simultaneously attending high school and community college, and even more could begin to tap into that opportunity thanks to a new law allowing private school students to make it easier without paying out of pocket.

Until Governor Kim Reynolds signed the law last week, students at private schools like Xavier High School in Cedar Rapids and Regina Catholic Education Center in Iowa City who wanted to attend community college without paying extra had to register through a public school district.

The law change removes this requirement by, among other things, expanding the definition of “concurrent enrollment” to include accredited non-public schools.

Kirkwood—like most of Iowa’s 14 other community colleges—has seen an increase in the number of high school students jointly enrolled in one or more of its courses. Statewide, total joint enrollment has increased 18.6% since 2014 to a record high of 51,001 students in 2018.

In the total number of joint enrollment credit hours these students are taking, the state has seen a five-year jump of 26% – with Kirkwood reporting a 46% peak over that time and a 10% increase. since 2017 alone, the highest in Iowa.

“Concurrent Enrollment” allows high school students to enroll part-time in academic and technical courses through a contractual agreement between their school district and a community college.

In support of the change to allow students in private schools to directly access additional funding for concurrent enrollment — without the need to enroll in a public district — lawmakers have earmarked $1 million .

Though they’ve added that to state education appropriations, lawmakers expect to cut some of their concurrent enrollment funding for public school districts — assuming private students take the most direct route. , negating their need to enroll through public schools.

Officials do not know whether the change will encourage more private high school students to enroll in community college courses. But about 1,525 nonpublic students attended concurrent enrollment classes in 23 public school districts this year, according to the Legislative Services Agency.

And Iowa has 44 accredited non-public schools that could qualify for state funding for concurrent enrollment.

“I think this is going to help streamline the process for these non-public schools,” Black said.

And it could continue the trend of high schoolers diving early into college-level offerings. According to the state’s most recent figures, high school students in joint enrollment programs accounted for nearly 39 percent of total Iowa community college enrollment.

In the 2017-18 academic year, Iowa community colleges generated a total of $31.6 million in concurrent enrollment revenue under the funding formula. Kirkwood, serving 41 high schools, generated over $4 million – second only to Des Moines Area Community College, which served 61 high schools and grossed over $8.6 million.

Get ahead by taking college courses in high school