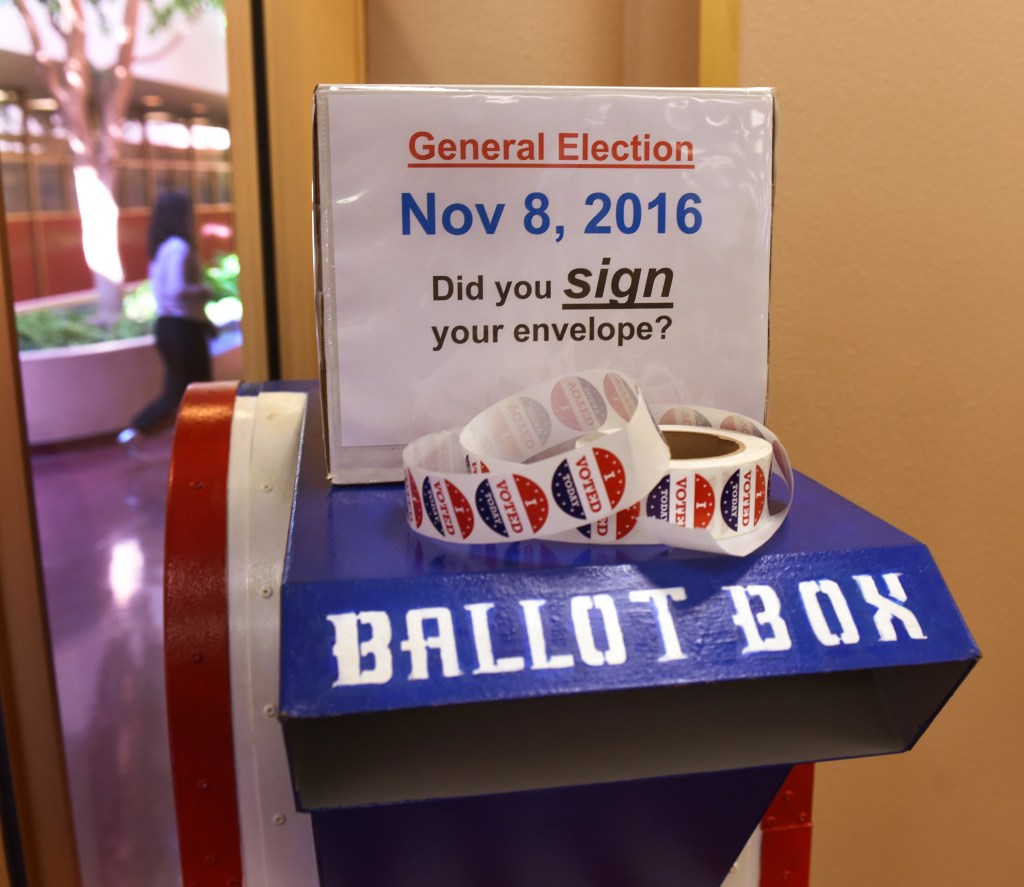 There will be competitive races for seats on the Marin Municipal Water District, Marin Community College District and Marin Healthcare District boards of directors in the November 6 elections.

This became evident on Friday, which was the first deadline for filing the election. In cases where neither office holder requests re-election, the filing period will be extended until August 15. Friday, however, was the last day incumbents could apply.

Greg Knell, administrator of the San Rafael Board of Education, has filed an application to challenge incumbent Jack Gibson for his Division 1 seat on the Marin Municipal Water District Board. Knell, Graphics Manager at Breakpoint Sales, was first elected to the Board of Education in 2003 and his current term runs until 2020.

“I was basically drafted to be led by several seniors and neighborhood groups to do something,” Knell said.

Joby Tapia, investment advisor at NAI Northern California, a commercial real estate company, has filed a claim to challenge Cynthia Koehler for her Division 4 seat on the Water District Board of Directors.

Tapia, who is also secretary of the Marin Rental Property Association, said: “I have seen rates go up over the years and I just think a new look is needed from a fiduciary and management perspective. There are a lot of budgetary expenses that are not necessarily directly related to the provision of safe and clean water.

No one has filed to challenge Larry Bragman, whose term representing Division 3 of the Water District is also expiring.

The race for three open seats in the Marin Community College District is also expected to be competitive. Incumbents Diana Conti and Wanden Treanor will compete with four challengers – Andrew Cullen, Robert Ovetz, George Rothbart and Suzanne Crow – for the three open seats.

In the race for three positions on the Marin Healthcare District Board of Directors, incumbents Jennifer Rienks and Larry Bedard will compete with Brian Su and Edward Alfrey, both surgeons. The candidacy for this race remains open because the holder Jennifer Hershon does not seek to be re-elected.

Another local race to watch is the competition for two openings in the Marinwood Community Service District. So far incumbents Bill Shea, Sivan Oyserman and Stephen Nestel, a passionate opponent of Plan Bay Area and increasing housing densities, have declared their nominations and the district seat dossier will remain open until Wednesday. .

In 2016, Nestel, a vocal critic of the neighborhood who often films meetings, had a physical altercation with Justin Kai, a member of the Marinwood CSD board at the time, which led to Kai seeking an injunction to remove Nestel from him. The request for a restraining order was dismissed.

In addition to the new filings, there will be a balance sheet from the June 5 election. Assistant District Attorney Lori Frugoli will face Anna Pletcher, a lawyer who spent 10 years working in the Antitrust Division of the US Department of Justice, in a run-off to determine who will replace Ed Berberian as District Attorney for the County of Marine. Frugoli finished first with 48.92 percent of the vote, 13,443 more than Pletcher, who finished second with 30.56 percent of the vote.

The November election will also feature races for the US House of Representatives, Senate, and State Assembly; but the holders of these races have a huge advantage in terms of notoriety and money.

State Senator Mike McGuire, D-Healdsburg, is challenged by Veronica Jacobi, a former Santa Rosa city councilor. In 2017, Jacobi, a Democrat, faced MP Marc Levine, D-Greenbrae, in the November general election after finishing second in the primary. This time around, Levine is challenged by Dan Monte of San Anselmo, a retired general contractor and paratransit bus driver, who is also a Democrat.

There will be more races on Marin ballots in November than usual due to Senate Bill 415, a state law that went into effect in January 2017. The law prohibits a local government organize an election on a date other than a statewide election date if it does so. in the past has resulted in a participation rate that is at least 25 percent below average.

Here is the current state of the other races: