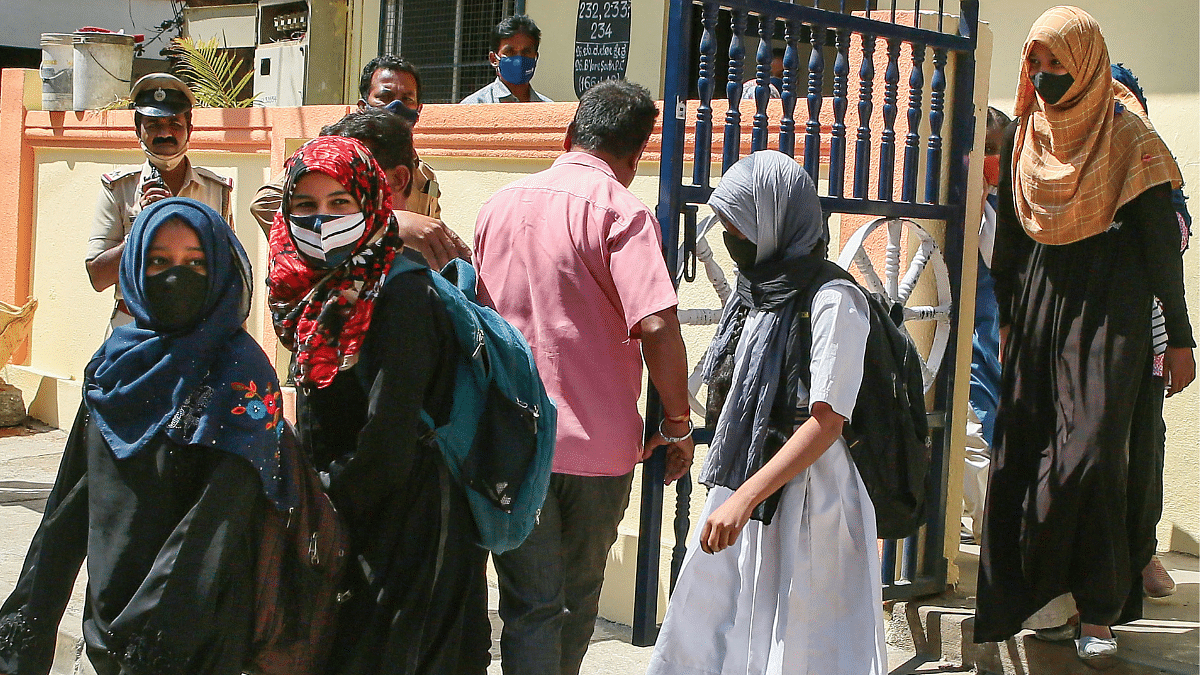 Bengaluru: Chaos reigned Wednesday at several pre-university colleges in Karnataka, which opened on Wednesday after remaining closed for a week due to the Hijab dispute, as Muslim students wearing burqas were not allowed to enter.

Amid tight security with police deployed in and around pre-university colleges in many sensitive locations, the day saw a section of Muslim students remaining adamant not to remove the burqa, let alone the hijab, the Islamic headscarves.

The Court, in its interim order pending consideration of all hijab row related petitions, last week banned students from wearing saffron shawls, scarves, the hijab and any religious flags in the classroom .

University colleges also reopened on Wednesday, but the government had made it clear that no uniform was stipulated there and therefore students were free to wear whatever dress they chose.

Burqa-clad girls were barred from entering most government pre-university colleges, causing tension there.

At DVS College in Shivamogga, girls standing outside the gate of the college told reporters that their faith was more important than any government order.

“Today was our test and we are not allowed to enter. For us, the practice of our faith is as important as education and the burqa is part of our faith. We won’t let it be removed,” one girl told reporters.

In Vijayapura, girls were not allowed to enter the campus because they refused to take off their burkas. Similar incidents occurred in Bijapur, Kalaburagi and Yadgir.

Due to the hijab vs. saffron headscarf row leading to untoward incidents in parts of the state early last week, high schools, universities and colleges have been closed since Feb. 9.

On January 1, six female college students from Udupi attended a press conference organized by Campus Front of India (CFI) in the coastal city to protest against college authorities for refusing them entry to class by wearing the hijab.

This was four days after asking the principal for permission to wear the hijab in class, which was not allowed. Until then, students wore hijabs on campus and entered the classroom after removing headscarves, college principal Rudre Gowda said.

“The institution had no rules on wearing the hijab as such and since no one had used to wear it in class for the past 35 years. The students who came with the request had the support external forces,” Rudre Gowda said.

This report is automatically generated from the PTI news service. ThePrint declines all responsibility for its content.

Read also : Is the hijab a choice? India cannot defend secularism on the razor’s edge, like France