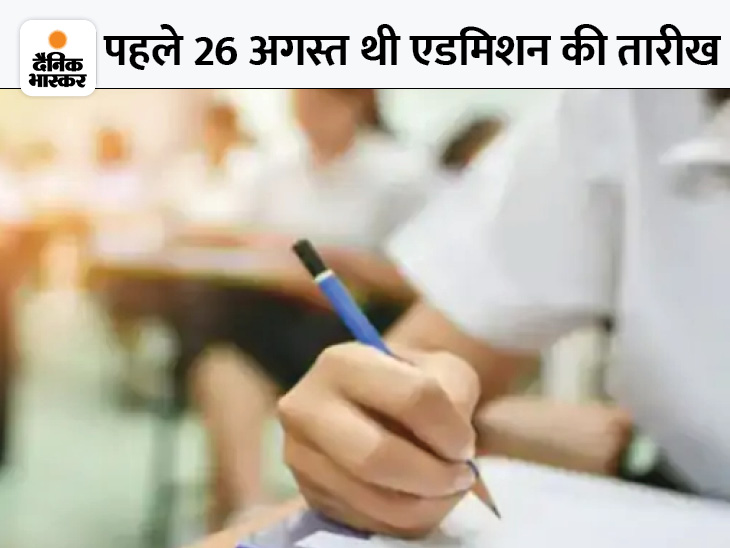 The Department of Higher Education has given the opportunity until September 30, admission will be granted after clearance by the Vice Chancellor

For students who have not yet been admitted into a college after spending 12th in Chhattisgarh, the Department of Higher Education has now extended the college admission date to 30 September. National Education made this decision with the future of students in mind.

Previously, the admission date was August 26

The Department of Higher Education had set the date for admission to all universities and colleges in the state as August 26. For this reason, a large number of students could not be admitted to the college. These students can now be admitted until September 30. For this, the students will have to obtain the authorization of the vice-chancellor of the university concerned.

Authorization of the Vice-Chancellor

The Additional Secretary of the Department of Higher Education, Government of Chhattisgarh has issued an order in this regard to all universities. It was said in the issued order that in view of the benefit of the students, this decision was made. If the seat is vacant at a university or college affiliated with it, the student must be admitted by September 30 with the permission of the Vice-Chancellor. Permission was given to the Vice-Chancellor for this.

Relief for students, limited places
According to information received from the University of Durg, an order in this regard was issued by the Department of Higher Education on September 23. The admission deadline has been extended to September 30, 2022 in the interest of students. Places are full in many colleges and places are still vacant in many places. In such a situation, it is a great relief for the students. Students who have not yet been admitted to the BCA, BBA, BCom., BSc, MSc, MCom, PGDCA, DCA courses, and wish to be admitted. Thus, before September 30, after authorization of the vice-chancellor, you can be admitted.

The Chhattisgarh Students’ Union had repeatedly requested the Department of Higher Education to extend the admission date. A request has also been handed over to Chief Minister Bhupesh Baghel to that effect.