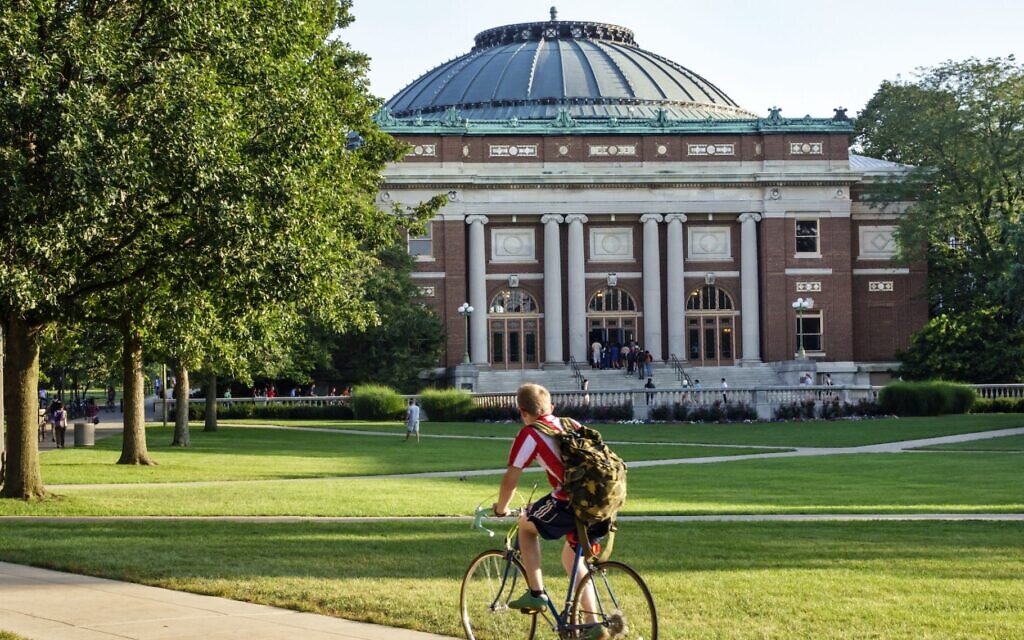 JTA – A third of Jewish students say they have personally been victims of anti-Semitism in the past year, according to a new survey conducted jointly by Hillel and the Anti-Defamation League.

The two groups recently announced a partnership to tackle anti-Semitism on college campuses; the investigation is one of the first fruits of the relationship.

The findings add data and texture to the image of Jewish campus life that has been built in recent years largely on anecdotes and firestorms. They suggest that the majority of Jewish students in American colleges feel safe and supported on campus, but that a significant minority have experienced anti-Semitism or obscured their Jewish identity for fear of anti-Semitism.

The survey offers “a strong validation of the reality facing Jewish students, which is a significant and unacceptable level of anti-Semitism and other anti-Jewish prejudices,” Hillel International CEO Adam Lehman said, at the Jewish Telegraphic Agency.

Fifteen percent of students who responded to the survey said they ‘felt the need to hide’ their Jewish identity and 6% said they did not feel welcome in a campus organization because they were were Jews.

By registering, you accept the conditions

Often, according to the survey, students reported being or feeling excluded because of their real or perceived support for Israel. Conducted online in July and August, the survey captured sentiment shortly after the conflict between Israel and Hamas in Gaza in May contributed to an increase in pro-Palestinian activism on college campuses and beyond. .

The survey included 756 self-identified Jewish university students across 220 campuses and had a 4% margin of error. It was drawn from a nationwide sample of college students, meaning not all of the students surveyed were engaged with Hillel or other aspects of Jewish life on their campuses. Those who engaged in activities were more likely to say they had been victims of anti-Semitism, according to the survey, but they were also more likely to report feeling safe on campus as Jews.

Illustration: A swastika was discovered on a sign on the campus of the Hebrew Union College-Jewish Institute of Religion in Cincinnati, Ohio on January 3, 2017. (Courtesy Lisa Dillon via JTA)

Hillel made a key conclusion – that while 80% of Jewish students say they are proud to be Jewish, only 62% of them say they are comfortable telling people about this pride – the centerpiece of a social media campaign launched earlier this month. The #OwnYourStar campaign has been viewed over a million times since its launch, according to Lehman.

In numerous messages associated with the campaign, Hillel professionals, student leaders and their supporters shared their experiences on campus. One wrote this week about her fear of seeing a Star of David carved on a bulletin board and ignoring the intention of whoever left it there. Hillel’s principal at the University of Miami in Cincinnati, Ohio, wrote: “Our students are constantly asked where their horns are (don’t have any!), Why they killed Palestinian babies (they didn’t! have not) or have their mezuzah fallen from their dorm doors.

Lehman said Hillel’s student cabinet, a group of 22 Jewish student leaders from campuses around the world, made a conscious decision to make the fight against anti-Semitism the center of its social media advocacy.

“We know that we cannot just hide our heads in the sand in the face of rising anti-Semitism and hope that it will go away,” he said. “We feel responsible for tackling these issues. “

Hillel-ADL’s findings agree with another major report on anti-Semitism in the United States released this week. The American Jewish Committee’s Annual Anti-Semitism Study found that 20% of American Jews said that in the past five years, they or someone they knew personally had been victimized. anti-Semitism on a college campus.

They also dovetail with a host of reports on the harsh conditions on individual campuses. Some of these reports emerged via Jewish on Campus, an Instagram account launched last year to allow students to share anonymous stories about anti-Semitism and has quickly become emblematic of anti-Semitism efforts taking place outside. of the traditional infrastructure of Jewish life on campus.

Hillel and ADL say survey results point to a number of steps colleges and universities should take, including incorporating anti-Semitism education into any diversity training students receive. and professors and facilitating the reporting of anti-Semitism by students. The vast majority of students experiencing anti-Semitism said they did not report it, and 40% of those who reported incidents to campus staff said they felt their reports were not taken seriously.

Lehman said the formal reporting structure Hillel is establishing with the ADL, which has chronicled anti-Semitic incidents in the United States for years, is a milestone.

“The more places to report for students, the better, especially given the content of massive underreporting,” Lehman said. But he added, “The more students we can have reporting through official channels, the better, because then we end up with a clear ability to track issues and incidents over time and a set more simplified and credible data to be transmitted to our administration. the partners.”

Learn Hebrew in a fun and unique way

You get news from Israel … but do you TO HAVE this? Here is your chance to understand not only the big picture that we cover on these pages, but also the critical and juicy details of life in Israel.

In Streetwise Hebrew for the Times of Israel community, each month, we will learn several familiar Hebrew phrases around a common theme. These are small audio Hebrew lessons that we think you will really enjoy.

Are you serious. We appreciate this!

We are really glad you read X Times of Israel Articles in the past month.

That’s why we come to work every day – to provide discerning readers like you with must-see coverage of Israel and the Jewish world.

So now we have a request. Unlike other media, we have not set up a paywall. But since the journalism we do is expensive, we invite readers for whom The Times of Israel has become important to help support our work by joining The Times of Israel community.

For as little as $ 6 per month, you can help support our quality journalism while benefiting from The Times of Israel WITHOUT ADVERTISING, as well as access to exclusive content reserved for members of the Times of Israel community.

Students can download a book on climate change for free