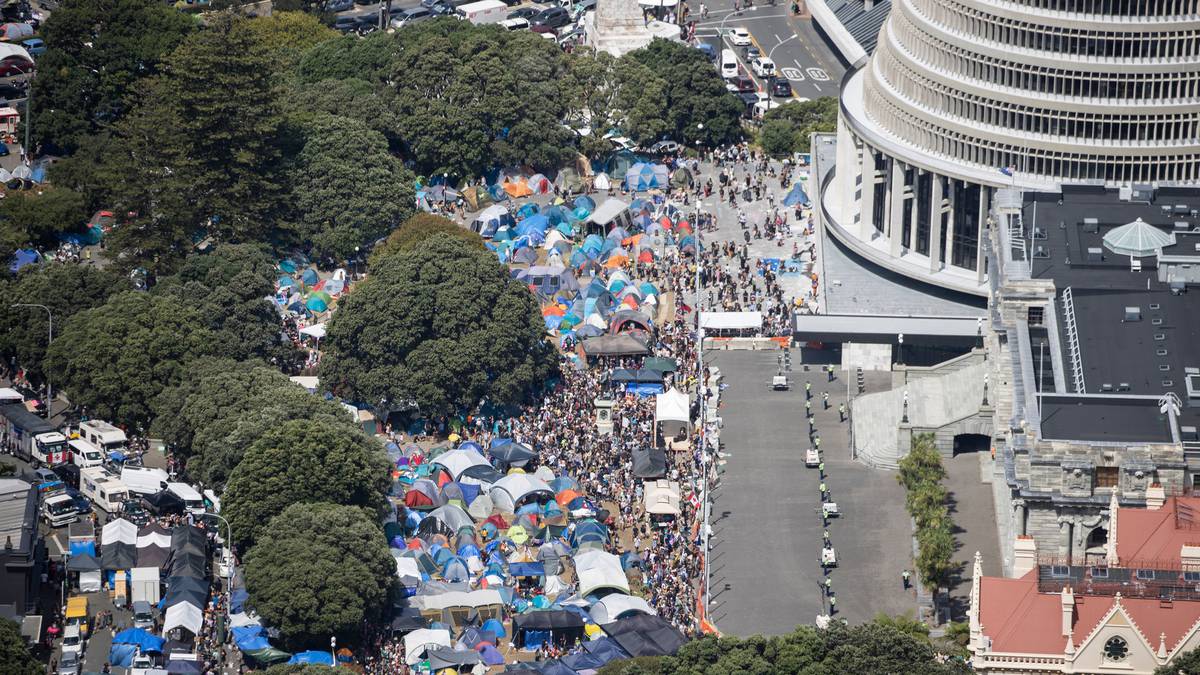 Police, some in riot gear, moved through some of the concrete barriers surrounding the Wellington protest camp on Tuesday afternoon. Video / George Heard

Pupils at Wellington Girls’ College will learn from home this week after growing concerns about student safety surrounding the protest in Parliament.

In a message to students and their families on Tuesday evening, principal Julia Davidson said the board had decided that students would not return to school until after February 28.

“The board will meet again on Sunday to reassess the situation and we will be in touch after that meeting,” Davidson said.

She listed several reasons for keeping her students at home until next week, including safety when walking to and from public transport and the lack of mask use by protesters.

“Until yesterday, staff volunteered for additional before and after school duties to ensure that the hundreds of pupils traveling by train and bus have safe passage to and from the school,” Davidson said.

“We asked the staff to let us know when it was no longer suitable for them. In a meeting this afternoon, they let us know that they no longer felt safe doing this.”

Davidson added, “They are continually being abused, filmed, and people trying to engage them in conversation without wearing masks.”

She said the situation along and near Molesworth St, just a block from the college, was becoming “volatile”.

“The situation is increasingly unstable and we have real concerns about how we could care for students if something happens during the school day.”

Davidson said the lack of masks being used in stores in Thorndon has also left students and staff feeling “really uncomfortable”.

“We hear from many parents, students and staff that they don’t feel safe at Thorndon right now. The mood has changed and today seems like a tipping point,” she said.

Going forward, Davidson hopes the police, Wellington City Council and the Department of Education will help “maintain a safe route” for pupils.

Students will be given a work-from-home schedule and will be able to access school tomorrow for any items they may need.